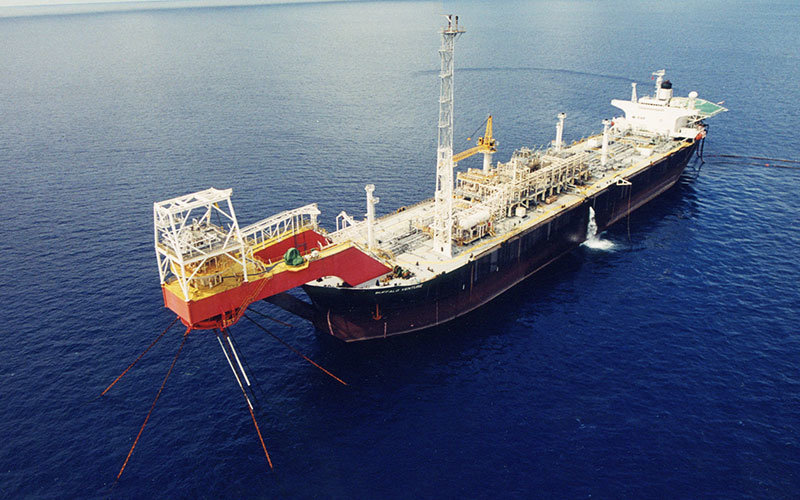 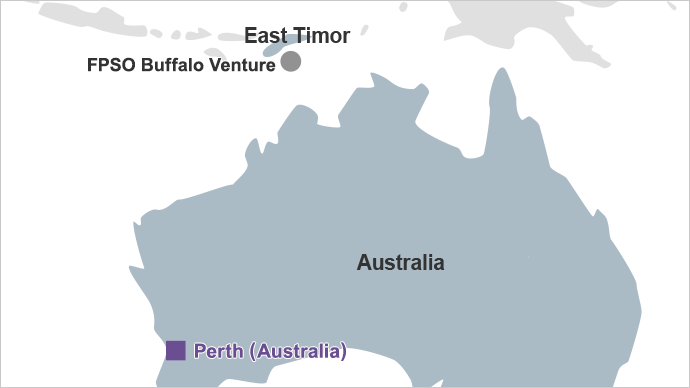 The FPSO Buffalo Venture is a tanker converted FPSO with a SOFEC external turret mooring system. It operated on the Buffalo field in the Timor Sea, offshore Australia under Canadian Nexen Inc. following BHP Petroleum Australia. The field development consisted of a wellhead platform located in 30 m water depth producing to the FPSO, which was located in 255 m water depth.

The Buffalo reservoir lies below a shallow portion of Australia's Big Bank, which is surrounded by deeper water ranging from 280 to 350 m. The severely sloped seabed (up to 75 degrees) presented unique challenges to both mooring and riser system designers. To cope with these challenges, the mooring system design included the anchors for two (2) of the six (6) legs to be located in the shallow waters of the bank and the remaining four (4) legs are located in deep water down to 350 m.

MODEC operated the FPSO from 1999 to December 2004 at Buffalo field. The FPSO was renamed to FPSO Jasmine Venture MV7 and relocated to PEARL's Jasmine field, offshore Thailand.