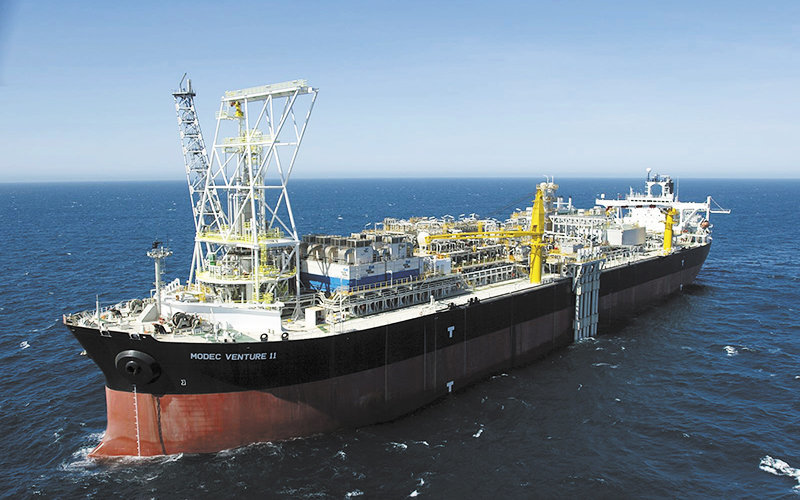 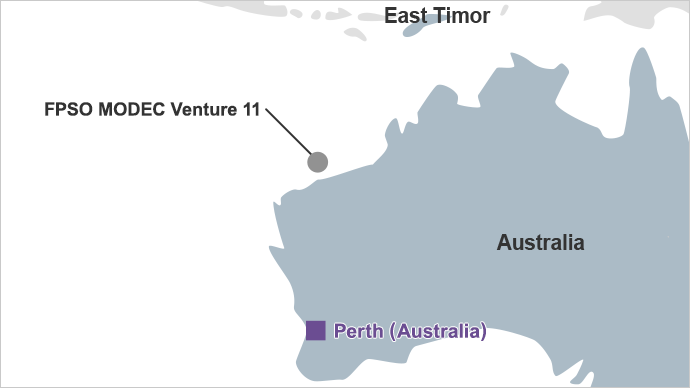 MODEC was responsible for the engineering, procurement, construction and installation of the FPSO MODEC Venture 11, including topsides processing equipment as well as hull and marine systems, and also for operations of the FPSO in the Mutineer-Exeter field (WA-191-P) located approximately 150 km north of Dampier on the northwest coast of Australia.

The FPSO was installed in 156 m water depth and capable of processing 100,000 barrels of oil per day and has a storage capacity of 930,000 barrels. The FPSO was converted from an existing double-hull Suez-max tanker that meets very strict Australian environmental regulatory requirements, and is equipped with disconnectable internal turret mooring system which was designed and provided by SOFEC, Inc., a MODEC group company. When a cyclone approaches, the FPSO can disconnected from the turret and evacuate to a safe place. When the FPSO returns to the field, the FPSO and the turret will be reconnected.

The FPSO started its oil production in April 2005 and successfully completed the charter contract in August 2018.