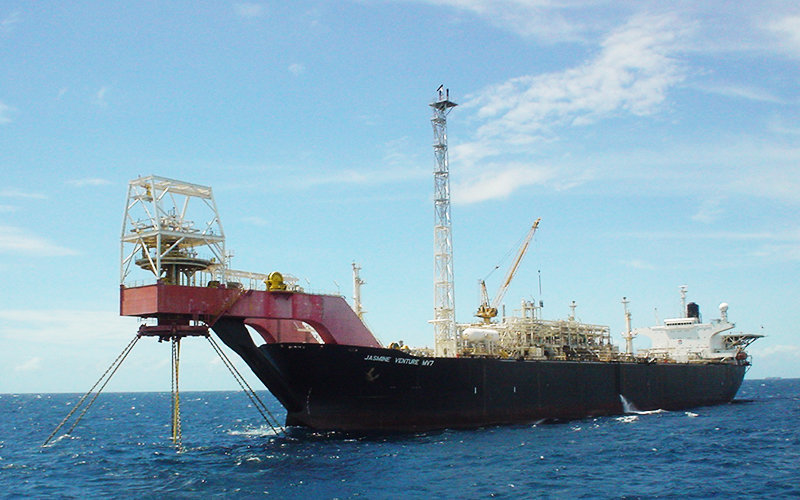 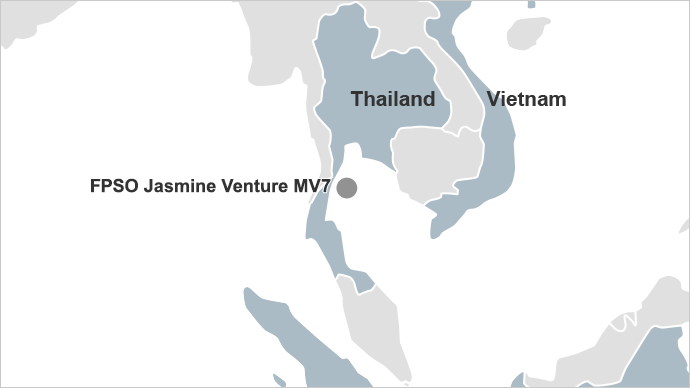 Jasmine field is located approximately 300 km south of Bangkok in water depth of approximately 60 m. Crude oil produced from the reservoir is transported from a fixed platform to the FPSO via 1.5 km pipeline.

MODEC-owned FPSO Jasmine Venture MV7 (ex-Buffalo Venture) was modified and re-deployed for Jasmine field development. The FPSO is a tanker-converted FPSO with an external turret mooring system. The FPSO was operating at Nexen's Buffalo field from December 1999 to December 2004. This is the first contract for MODEC to re-deploy its owned FPSO to another field.

Production from Jasmine field started in June 2005. MODEC owned and operated the FPSO from June 2005 to June 2011.