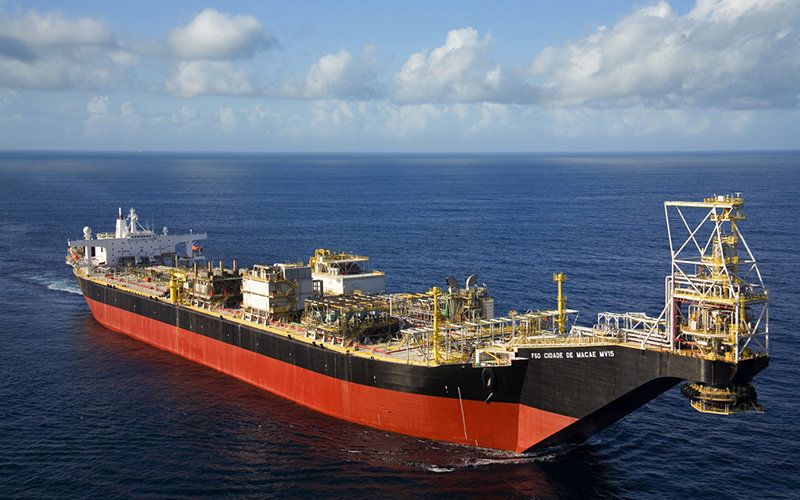 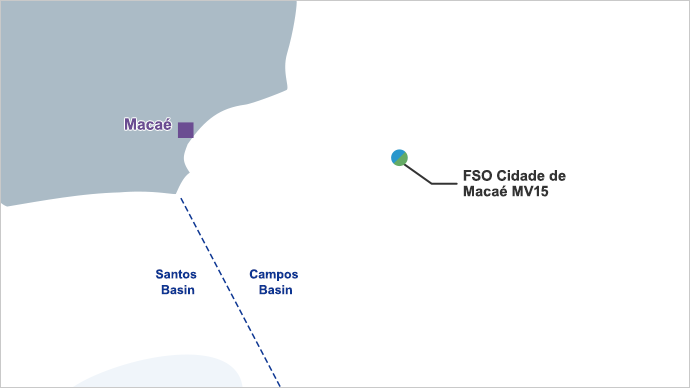 The FSO Cidade de Macaé MV15, which has a storage capacity of 2.15 million barrels of oil, is one of the largest FSO units in the world. It was converted from an Ultra Large Crude Carrier (ULCC).

The FSO is permanently moored by a SOFEC external turret with 12 anchor legs. The FSO topsides include a crude inlet heater module, crude import/export metering module, E-house and three gas turbine generators sets which make up the power generation module.

The FSO is the floating oil storage and offloading component of the Planned Development and Oil Distribution (PDET) facility designed by Petrobras to be the production hub for multiple floating production units in Campos Basin - one of the most sophisticated offshore oil distribution facilities in the world. The FSO will receive and export production from five platforms offshore Brazil: P-52 (Roncador), P-53 (Marlim Leste), P-51 (Marlim Sul) and P-55 (Roncador) and Roncador Module 4 unit that will be installed in the future. The FSO is capable of receiving up to 818,000 barrels of oil per day.

Petrobras Selects MODEC for the Supply and Operation of an FPSO and FSO, Offshore Brazil