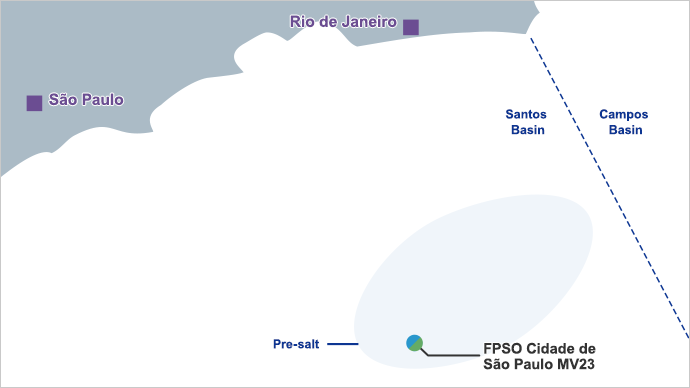 The FPSO Cidade de São Paulo MV23 is deployed in the Sapinhoá (formerly Guara) field, BM-S-9 Block in the giant "pre-salt" region of the Santos Basin.

MODEC was responsible for the engineering, procurement, construction, mobilization, and operation of the FPSO, including topsides processing equipment as well as hull and marine systems. SOFEC designed and provided the spread mooring.

The first oil was achieved in January 2013. MODEC operates the FPSO for minimum 20 years.

The Schahin Group and MODEC, Inc. Land Guara FPSO for Petrobras and the companies of Consortium BM-S-9